Why Lending-as-a-Service (LaaS) is the Future of Alternative Credit
By David Golden on February 12, 2015

In response to the Great Recession, we have experienced some of the most significant changes to financial regulations in the history of the United States.

Regulatory reforms like Dodd-Frank, Basel III, Basel II/II.5, and the Card Act, have changed lending in the U.S. forever, and the implementation and impact of these regulations continue to be debated on Wall Street and Capitol Hill. In general, each of these reforms has resulted in a lower risk appetite by traditional lenders, which has led to a widespread reduction in consumer lending.

Just last month, during fourth quarter earnings, Bank of America (NYSE:BAC) announced their profits had decreased by 11 percent, and one of the major contributing factors was a decline in consumer loans, saying that “lending to consumers remains lukewarm.” And Bank of America is hardly alone.  The availability of home equity and credit card finance has largely evaporated – particularly for non-prime borrowers.  In fact, since 2009, the amount of revolving credit in the United States has contracted by almost one trillion dollars.  And small business lending by banks fell by $120 billion between 2008 and 2012.

The issue with big banks like Bank of America citing declines in consumer lending has nothing to do with their declining profits and everything to do with the large segment of consumers that are unable to qualify for a loan from a traditional bank.  These are often people with no credit history (so-called “thin files” or no files at all) but otherwise acceptable credit risk.

In 2014, it was reported that 88 million people in the United States were either unbanked or underbanked. The very limited access to common financial services like transactional accounts, consumer credit, and residential mortgages, prevents the lowest-income households from saving, starting businesses, and purchasing a home.

Revolution Ventures recently announced an investment in Insikt (pronounced “in-seekt”), and its CEO and Founder, James Gutierrez, says it best when talking about his company, “Insikt was born out of our realization that banks will not be the lenders of tomorrow – brands will.”

It makes sense: the total addressable market is huge, almost $4 trillion (excluding mortgages), and non-bank, alternative lenders are emerging to fill the void in the consumer and business markets left by retreating banks. Insikt describes their service with a new term, “Lending as a Service” (LaaS).

Insikt and other alternative lending startups are taking advantage of advances in software and technology and use big data to make better, faster decisions to allow for thoughtful and speedy provisioning of credit to the underserved market. LaaS uses on-demand, cloud-based tools to allow any retail store, online brand, or even bank to make loans or provide purchase financing to its customers. This makes it possible to quickly, securely, and profitably lend to consumers.  Insikt handles the risk assessment, underwriting and funding, leaving the brand as the loan-originating partner. And because these loans can be made at the time- and point-of-purchase, they enable merchants to develop deeper relationships with their customers without having to assume the credit risk themselves (which they are usually ill-equipped to assess anyway).

These new companies in the alternative lending space are closing the gap between traditional banks – which have abandoned the consumer and small business market – and the more questionable and aggressive payday lenders – which often leave the borrower in a more precarious financial situation.  And by using technology, these new lending startups and founders are changing the face of lending and driving improvements across the value chain. 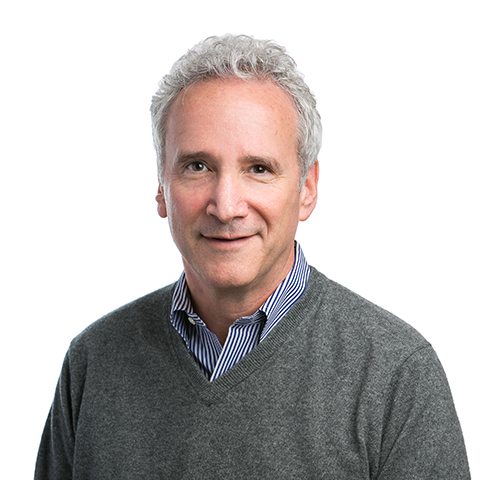 David Golden, a native of Minnesota, co-leads Revolution Ventures, which invests in and helps build innovative and impactful companies.